We gave brewing a try at Burnish Beer Co. 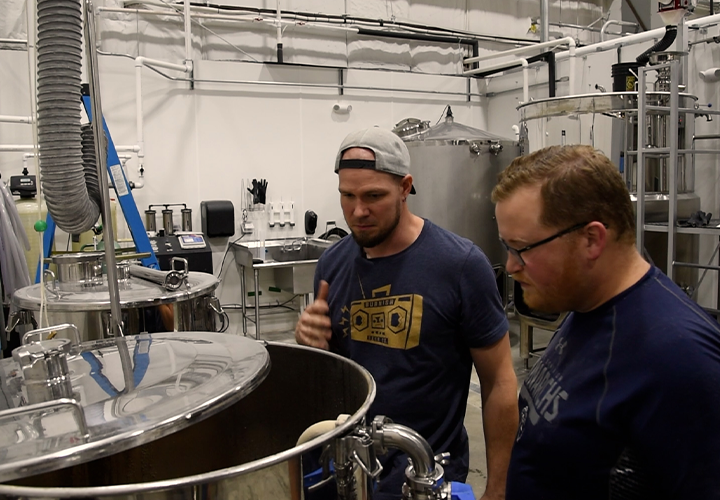 We gave brewing a try at Burnish Beer Co.

Sports Marketing Representative Chip Woytowitz is a fan of craft beer, but he hadn't gotten a chance to try brewing it before. He got that opportunity earlier this month, when he learned to make beer with Mathew Shockley, co-owner and brewer at the newly-opened Burnish Beer Co. in North Salisbury.

Learn a little bit about the process and the brewery in the latest edition of our We Tried It series.

Want to give the beer a try? It's called Storm of the Bones and is on tap now at Burnish Beer Co., located at 2305 Northwood Drive, Suite E, in Salisbury. Learn more about Burnish here. Cheers!

Watch the previous videos in the series here:

Pie Making at The Ugly Pie

Decoy Carving at the Ward Museum of Wildfowl Art