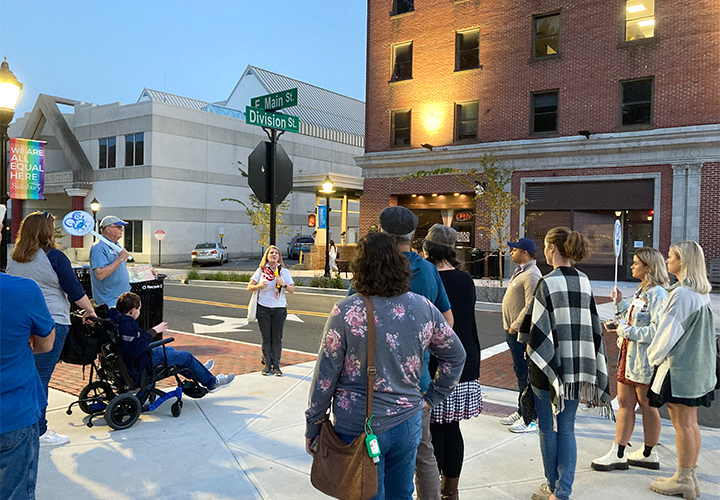 Calling all foodies! We were invited to experience the Heart of Salisbury Foodie Tour in November, and it was a lot of fun to travel through the Downtown Salisbury area with a group, making stops at different restaurants for a taste at each. We heard from owners and/or chefs during our stops, and along the way, we learned about the history of the area from our OC Foodie Tour guides.

OC Foodie Tour has newly expanded to Salisbury, and the tour I attended was Salisbury's first, on Nov. 11.  Upcoming Heart of Salisbury tours are coming up three Thursday afternoons, Dec. 2, 16 and 23,  with plans to resume in the spring. If you're interested, book here. There is currently a deal for the Dec. 2 tour -- buy one get one free with code "BOGO." 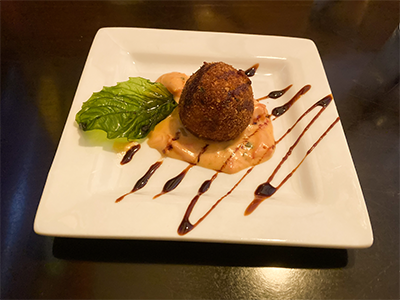 Different foodie tours may include different restaurants, since there are a wide variety of restaurants in Downtown Salisbury. We made seven stops on the walking tour I attended, with an optional driving trip to Evolution Craft Brewing Co. Public House afterward.

The tour began at Market Street Inn, where attendees got acquainted and had two courses -- arancini (an Italian rice ball) and jerk chicken. There was also a Marketini served, though I did not partake in the alcohol during the tour.

We headed to the Mad Hatter Cafe next, where we had the Mad Hatter sandwich. When we crossed streets, the tour guides held up a large sign signaling to cars in the area that there would be a group crossing. 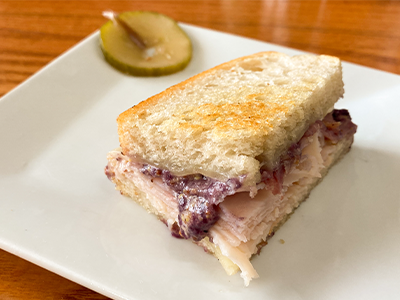 We crossed back over Mill Street to check out revival, a new venue in Downtown Salisbury, where we had Burnt Basque Cheesecake. There was also a drink sample served. Right downstairs is Roadie Joe's, where we had one of the daily specials, a short rib grilled cheese, and checked out the colorful mural outside.

At Together Cafe, there were samples of two sandwiches and a wrap served, along with Italian soda. Next door at The Brick Room, attendees could taste the Green Russian and The English Rogue cocktails. On the same strip, we made our last walking tour stop at Cake Art, where each person could enjoy a cupcake.

Then, we headed back to our cars and the majority of the group headed to Evolution, where there were truffle parmesan fries and wings to share, along with the opportunity to go on a brewery tour.

I enjoyed the Heart of Salisbury Foodie Tour, and it was fun to get a sample from numerous restaurants, all within a few hours. (I wouldn't recommend eating too much earlier in the day so you can save room!) Locals or frequent visitors to the area can also get ideas for future orders if they try a sample they particularly like. 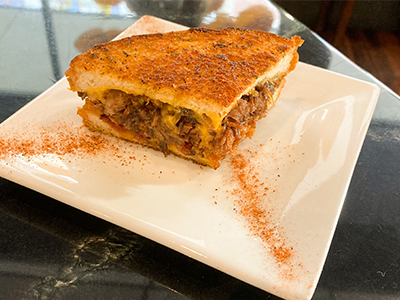 Along the way, we learned a lot about the history of Salisbury, from Perdue Farms and its ads to the fires that struck the city in the 19th century and the new Lynching in Wicomico County Historic Marker. We also learned about the historic buildings along the way, including the former hotel that now houses the Mad Hatter Cafe and The Ugly Pie on the first floor.